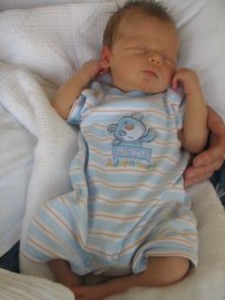 The varicella-zoster virus causes shingles. A viral infection of the nerves just below the skin is the main cause and it is also called zoster or herpes zoster. Though shingles can appear anywhere on the body, it usually appears as a strip of irritated skin or blisters on one side of the back or chest. It can also occur on the face and near the eyes.

First, how Shingles is related to Chicken pox?

Mild symptoms of shingles are seen in many cases, but the more severe ones can be very painful. Generally, older people suffer from severe cases; kids and teens usually have mild cases. Shingles is highly contagious since it is caused by the same virus that causes chicken pox. It is an after-effect of chicken pox. The virus stays in a person’s nervous system after he/she has had chicken pox. The chickenpox virus or the varicella-zoster virus can stay there dormant in the nerve roots near the spinal cord and in many people it will never be heard from again. In some cases it flares up and causes shingles. The probable explanation of the virus flaring up after months or years of inactivity is our immune system becoming vulnerable to infections with advancing age.

How babies get the varicella-zoster virus?

The varicella-zoster virus is caught by a newborn baby. A baby is likely to be born with chickenpox if the baby’s mother catches chickenpox within a month before giving birth. In later years, that baby can then develop shingles. Whether or not a pregnant woman has contracted chickenpox in the past can be determined through a blood test. Since pregnancy alters the immunological strength of the expectant mother, chickenpox is quite dangerous in pregnancy. If a woman has chickenpox within the first 12 weeks of pregnancy, there is a moderate chance of the new born baby developing foetal varicella syndrome or FVS. Babies whose mothers are exposed to the varicella-zoster virus during week 13 up to week 20 of pregnancy experience a very high risk of developing innate varicella syndrome. Beyond 20 weeks of pregnancy, if a woman catches chickenpox, then the risk of the baby developing varicella syndrome is very low. The foetal varicella syndrome is characterised by low birth weight, skin tissue injury, underdeveloped limbs, abnormally small sized heads, eye problems including eye inflammation, cataracts and cortical atrophy which is a neurological disease. A person infected with shingles should avoid contact with pregnant women who have never had chickenpox or the chickenpox vaccine until the infected person’s blisters scab over. An infected person must also avoid contact with premature or low birth weight infants since they are more susceptible in acquiring the varicella-zoster virus due to their weak immune systems. If a new born healthy baby is diagnosed with chickenpox then it is considered very good since it is highly likely that the baby has received antibodies from its mother through the placenta. Thus, there is lesser chance of serious side effects in such a baby. In fact, the varicella-zoster virus cannot be transmitted to babies through their mothers’ breast milk.

What are the early signs of Shingles in babies?

Fever, diarrhoea and swollen lymph nodes are early signs of shingles in babies. The main sign of shingles is a red rash and after a few days the painful rashes turn into fluid-filled blisters. As the virus travels down a particular nerve, the blisters usually run in a distinct line. New lumps are seen in the first 2-3 days. The virus spreads when another child, who has never been infected or immunized, comes in contact with the blisters. When the blisters scab over, the infected baby is no longer contagious.

If a baby has not had chickenpox before, can the baby acquire the virus?

A baby won’t have the shingles virus in its system if it has not had chickenpox. Babies suffering from shingles often experience a burning or piercing pain. Because of this, it may be sensitive to touch. It is usually recommended by doctors to hold the baby in a way that would not irritate the rashes. Though there is no cure for shingles, only the symptoms could be treated through antiviral drugs. Applying creams or lotions to the rash should be avoided.

Medicine or treatment for babies

A dose of varicella-zoster immune globulin, or VZIG, carrying antibodies to the chickenpox virus is given to babies 5 days before they were born or 2 days after their mothers show signs of shingles. Babies whose mothers are not immune to the varicella including premature infants are recommended varicella-zoster immune globulin by paediatricians. According to the recommendation of Centers for Disease Control and Prevention (CDC), a US Government agency, every child must receive two doses of the varicella vaccine. First dose should be received at age 12 to 15 months and the second recommended dose at 4 to 6 years. 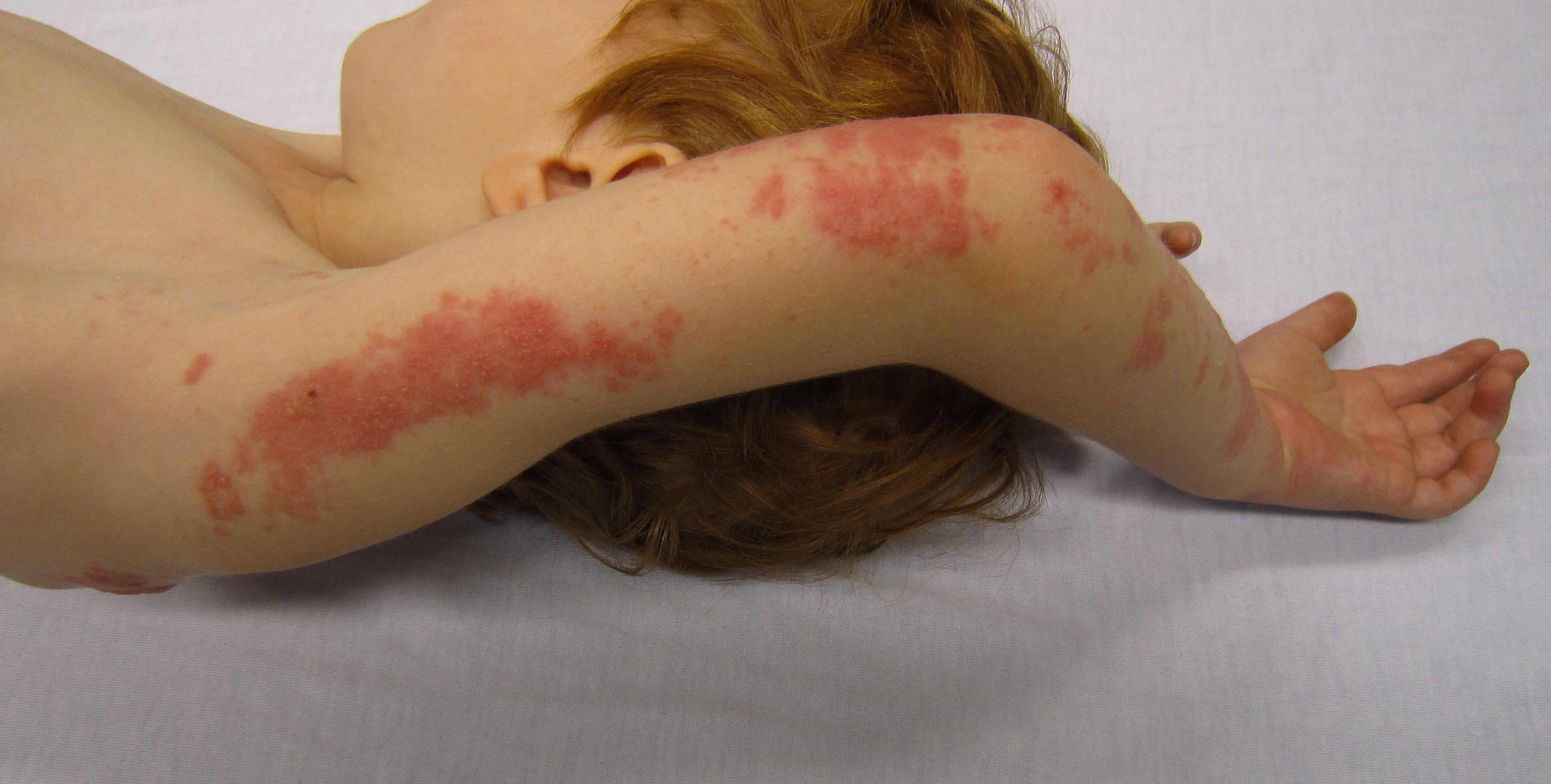 Most of you may be wondering, “Can a child get shingles?”. The answer is a big fat YES. You can get Shingles at almost any age, and about five percent of cases occur during childhood, or in persons aged fifteen and below.

A battle with the itchy Chicken pox rash used to be a battle almost every child endure. But thanks to the developments in the world of vaccines, we can say goodbye to that annoying itch. Though being in this modern of an age, some still suffer this condition. And the earlier in life the child get Chicken pox, especially acquiring Chicken pox before turning three years old or being a child of a mom with Chicken pox during her third trimester of pregnancy, the bigger the chance he or she can acquire this dreadful Shingle rash during childhood. So, Yeah! To state the unfortunate truth, a child can get Shingles.

Herpes Zoster, or Zoster, or Shingles is assumed to be a reactivation of a latent or dormant, or in layman’s term, sleeping varicella virus infection and is perceived to be due to lowered immunity. After being itch-free and finishing the Chickenpox course (more like a curse), it is believed that this creeps aka Varicella Zoster virus lie dormant inside the nerve cells near the central nervous system (brain and spinal cord). When these sleeping viruses are awakened and reactivated, Lo and behold, the occurrence of Shingles.

HOW COMMON IS SHINGLES?

Almost one out of three (33.33 percent) of people in the United States of America will develop Shingles or Herpes Zoster in the course of their lifetime. It is estimated that there are four cases of Herpes Zoster per one thousand (4 in 1,000) population. Nearly a million Americans go through this excruciatingly painful and itchy experience every year. Older adults are more likely to get the disease. About half or 50 percent of all cases occur in men and women aged 60 years and/or older. The incidence among people 60 years of age and older is about 10 cases per 1,000 people annually. And, only about five percent of cases (5 in 10,000 cases) occur during childhood, or in people aged 15 and below.

Studies show that Shingles can occur, and then reoccur, in an average of two to three episodes during a person’s lifetime, though the annual incidence of repeat episodes is still not known. Although usually, throughout one lifetime, a person can only manage 2 repeat episodes unless he or she is severely immuno-compromised. Such as children and adults with cancer and other immuno-depressive conditions.

The red rash is small, fluid-filled blisters, that shows up in clusters following a path of a nerve. The lesions is commonly accompanied or preceded by pain, which may be contained or spread throughout the entire dermatome of the affected nerve pathway. The pain may still be present after 30 days since the rash began.

Shingles presentation in adults and children are somewhat similar and different in many ways. Classic Herpes Zoster symptoms that present in adults are not at all detected in children suffering the same disease, which may make diagnosis difficult. It is often misdiagnosed as other more common skin rashes in children, such as impetigo, eczema or even poison ivy.

The Shingles rash occurring children often don’t have much pain, or even, don’t have any pain at all. They still get the same red rash which appears in clusters in a single band following a nerve path. A child that gets Shingles won’t have to worry getting the rash all over his or her body because the Herpes Zoster rash stays along its band of skin supplied by the affected nerve pathway called the dermatome, and it usually occurs only to one side of the body.

Usually occurring with less pain or no pain at all, children affected with Shingles also less frequently experience postherpetic neuralgia, or a pain in the affected nerve that last for 30 days or a month.

Children getting Shingles won’t really feel sick or ill, and usually is afebrile during the course of the disease.

TAKING CARE OF CHILDREN WITH SHINGLES

Despite the aforementioned self-limiting feature of Herpes Zoster, one may still want to do some interventions for such a disease. In taking care of children with Shingles, the same goes with adults too, the approach is really just symptomatic care or palliative care. This means, the interventions will be directed not to directly eliminate the cause, which in this case is the Varicella Zoster Virus (this one seems impossible since a virus can only be dormant but not totally killed), but to only provide relief to the discomfort brought about by the clinical manifestations.

Most children as said above, will experience less pain or none at all. Only if needed, one can give Acetaminophen or Ibuprofen. The itch of the rash can be alleviated through frequent bathing. No cream or ointment is needed for the rash. Also scratching, picking or bursting the rash is highly discouraged.

Children with Shingles or Herpes Zoster can transmit Chickenpox, but not Shingles, to others. Transmission will occur through direct contact with the rash. Though not as contagious as children with Chicken pox, the child affected is advised to stay out of school unless the rash can be kept covered until it dries and crusts over.

CAN A CHILD REALLY GET SHINGLES?

After all that’s been said, bottom line is, no one is safe from Shingles, of course with exemption to those vaccinated against Varicella Zoster Virus. Shingles or Herpes Zoster saves no one from its extremely itchy and painful clustered red rash. No regards of a person’s age and/or gender. Ensure a child is of optimum health to avoid being one of the 5 in 10,000. 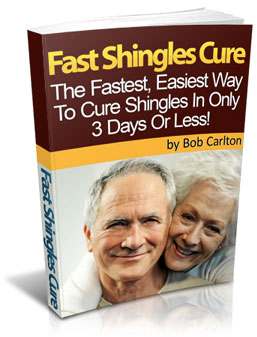