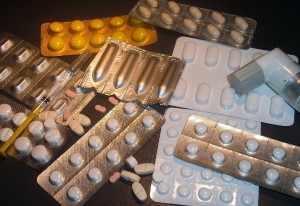 Waking up and seeing rashes on the mirror makes the person annoyed. Working or attending classes will be disrupted due that the affected person will be embarrassed to show his or her face to the public. Healing shingles might be the solution for this.

The word “Shingles” is derived from the Latin word cingulum meaning “girdle”. It is the common name that is used to refer to a viral infection that is medically referred to as Herpes Zoster.

The term “Zoster” originates from the Greek word meaning “belt” because of the characteristic “belt-like” or “stripe like” rash that is caused by this disease.

This disease is caused by the reactivation of the Varicella Zoster Virus (VZV) which is primarily responsible for causing chicken pox in childhood. After the primary infection has subsided this virus remains latent for several years together in the dorsal root ganglia of the body only to get to get reactivated in individuals who are either immunocompromised or have recently experienced a stressful life event. It is more common after the age of 60.

How do I know If I have shingles?

What Shingles remedies can I find at home?

While it is mandatory to see a physician in the event that you have contracted the disease, home remedies may often help to provide temporary relief. Some home remedies that may prove effective include:

What is the treatment for Shingles?

The main aim of treatment is to reduce the severity of the pain, shorten the duration of a shingles episode, and prevent complications from occurring in the future.

People with mild to moderate pain can be treated with over-the-counter pain medications.

Can Shingles Be Prevented by Vaccines?

Healing shingles is a way to enjoy your life again and return to normal activities. Maintain a healthy diet and often go to non-polluted places for you to have a longer healthy life.

One thought on “Healing Shingles”